CHILD RESTRAINT & BOOSTER SEAT GUIDE: ARE YOUR KIDS IN THE RIGHT SEAT FOR THEIR AGE?

YOUR TODDLER THINKS THEY’RE READY FOR A BOOSTER WHILE YOUR PRESCHOOLER IS CALLING ‘SHOTGUN’ FOR THE FRONT SEAT, YOU DO YOU REALLY KNOW WHAT TYPE OF CAR SEAT IS RIGHT FOR YOUR CHILD? HERE’S OUR HANDY GUIDE TO BUCKLING UP YOUR BABIES… FEEL FREE TO SHOW IT TO YOUR KIDS TO PUT A STOP TO THE ARGUMENTS!

As a private transfer car service, the passenger safety is of paramount importance to us at Byron Bay Luxury Transfers, so we like to ensure our professional drivers as well as our customers are aware of the latest laws around child car seat safety and restraints.

What’s the magic number?
In Australia, it is legal for seven-year-olds to move from a booster seat to an adult seat belt but many road safety and medical experts warn this is actually too soon. So if seven is NOT the magic number, what is?

Early Learning Association Australia’s (ELAA) road safety education project manager Zora Marko says the message for parents is that seven is no longer the magic number to take a child out of a child restraint. “The new number is 145,” according to Marko.

She says research shows adult seat belts only start to fit correctly when a person reaches a height of 145cm ­­– that’s when a lap-sash seatbelt will sit across their body’s strongest bones, protecting vital organs during a crash – and that most children don’t reach this height until they are aged 10-12!

“Parents should use the height – not the age – of their child as the guide and
keep them in restraints until they reach about 145cm.”

Here’s our easy guide to the who, what and where of seats for kids of all ages and stages:

Up to six months:

Up to four years:

Up to seven years:

Seven years and over:

“According to the Children’s Hospital of Philadelphia research team,
booster seats reduce injury risk by 45% compared to seat belts alone.”

Choosing a restraint
There is a great resource called The Child Restraint Evaluation Program (CREP), which is a consortium of government agencies and motoring organisations that provides guidance and support about how to choose the safest restraint for your child.

Visit the CREP website site to see how various child restraints and booster seats have been rated in their crashlab for protection and ease of use.

Byron Bay Luxury Transfers provides complimentary child seats for all ages and stages, all comply with the Australian and New Zealand Standard (AS/NZS) 1754 Child restraint systems for use in motor vehicles. Book your private transfer now & request your child seat!

USE OUR SECURE ONLINE RESERVATION SYSTEM TO REQUEST AN OBLIGATION-FREE QUOTE OR BOOK YOUR RIDE DIRECTLY. 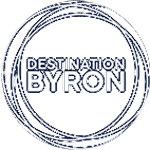